I love this idea!

Race tracks looking for ways to make a little extra money are going to let fans test their drag racing skills. This article was about the Nashville Superspeedway in LEBANON, Tennessee. Starting May 16th the public will be able to drag race along the .8 mile pit road for $20 and it will cost $5 to watch. They will have nine nights of open racing through Sept. 12. Here is a link to their track.

I would love to try it myself. Someone let me know if you know of a track in Iowa that does that! 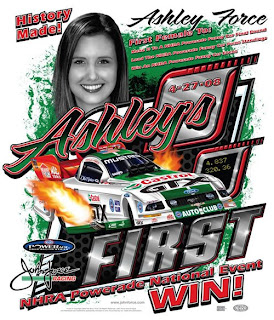 Can you believe we already have the new Ashley Force "History Made" shirt coming in. I have a picture of it for all to see. She got that first funny car event win under her belt and now its time to add this shirt to your collection of drag racing paraphernalia. She went into the final round and left the champ smoking the tires at the line. I knew she would win, no man would deprive there kid a chance to win that first National event not even for his 1000 win. I think getting that number 1000 on his 59th birthday was cool anyway.

I have something a little different for my next blog. I was talking with a customer on the phone the other day about the car they race and would like to share it with everyone so stay "tuned".

I was doing some research today on Drag Racing in California. I wanted to learn more about what California has to offer for drag racing because such a huge amount of our customers come from there. Anyway, I came across this website that I thought I would share. It shows the destruction of a popular drag strip, Los Angeles County Raceway in Littlerock, CA. The track had been open since 1964 and was closed last year because the leaseholder, Granite Construction, wanted to continue to mine the ground under the track. All in the name of business. Reminds me of the destruction of our beloved Drive-in Theater in our area. Sorry, but just what we needed... another car dealership.

Here is a ariel photo of the track before it was closed. 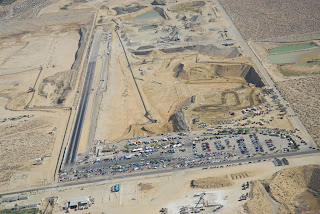 Here is a video of the track, I believe the day after they had to close the track. As of today I don't believe they have found a new home for the track. Visit this website for more information. http://www.savelacr.org/

That's all for now.
Angie 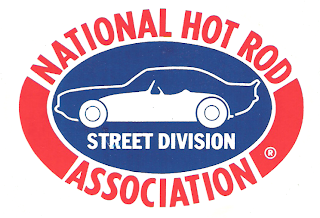 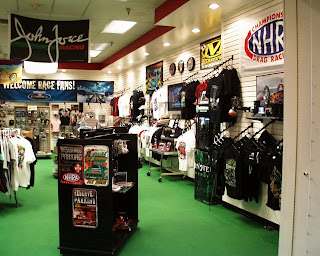 You know that old saying that "time flies" well that is so true. I was sitting here thinking about what to write and I was just amazed that since my last blog Ashley Force got her first nation win in funny car, John Force made his 500th event and his 999th round win and they where already at their next event. Well the qualifying rounds are over and Tim Wilkerson has once again nabbed the pole. We will have to see how the chips land tomorrow.

I listened to the races on NHRA.com which are in Madison, IL but I really wanted to be there. You know its only 7 or 8 hours away from here, and that's close for a national event. Well, hopefully next year we will have things going strong here at dragracingheaven.com and can take some time off to go to at least 4 or 5 of the nationals and lots of local events.

The store seems so empty now that the jr. dragster and Scott's drag sled are gone. I just want to say thank you to Myron and Henning Racing for letting us display them for the last few months. It was cool to see the look on kids faces when they see them and I already have people stopping in asking about them and where they are. I hope we can get some more display cars or something in here again soon.

If you or someone you know has something that we could display let me know. I did get something super cool from a guy that used to work for NHRA back in the 70's the other day. It's the decal of the National Hot Rod Association Street Division at the top of this blog. He said he would give it to me if I would keep it, and of course I said "they will have to pry it from my cold dead hands". I have found a coat patch to match it and plan to put them and some other things together in a NHRA wall hanging for the store.

See ya at the track,
Troy
Posted by Troy & Angie Dodd at 4:51 PM No comments: